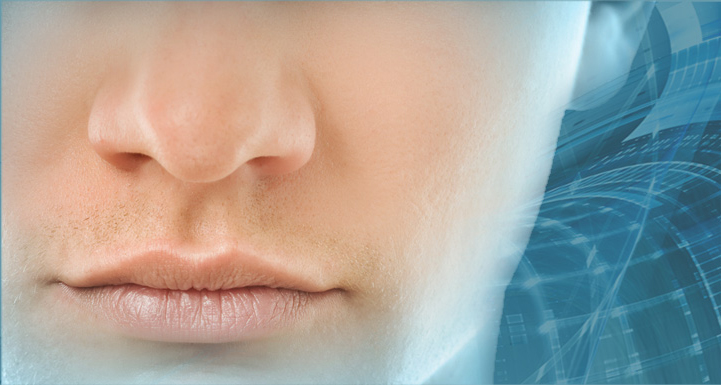 Normal breathing is executed by nose, which filters, moisturizes and controls the temperature of the air we are breathing. So it can be properly performed, it is necessary that there is enough space for the air to pass and no narrowings or obstacles in its way. A very common problem is nasal septum deviation (scoliosis) and lower nasal concha hypertrophy (small bones in the internal of the nose at the bottom and outside the nasal nostril). The removal or repositioning of the deviated part of the nasal septum to its normal position in combination with the nasal concha cauterisation in both sides can radically changes the anatomy of the area and leads to an increase of the quantity of the air that goes through the normal passage, which is the nose, leading to better sleep, decrease of snoring and possible sleep apnea during the night. The result as far as it concerns the seviated septum is immediate and permanent; while in case of nasal concha hypertrophy there must also be further examination for co-existing allergies or vasomotor rhinitis in order to confront them properly.

40 minutes and quite rarely in operations where we have placement of transplants it may last more, 2 hours the maximum

Discharge 6 hours after the operation. In combination with other surgeries such as UvuloPalatoPharyngoPlasty (UPPP) discharge is given the day after.

In the majority of cases inferior concha cauterisation is done and rarely inferior conchotomy. In order to confront breathing problems or snoring it could be combined with adenotomy, tonsillectomy, UvuloPalatoPharyngoPlasty (UPPP) or simple uvuloplasty. Co-existing polyps are being removed and sent for histological examination

Is the septoplasty painful?

No. Under the proper technique during the operation there is no pain after the surgery.

After what age could someone do this operation?

Just like the rhinoplasty by the time growth has been completed the operation can be safely done. Around the age of 16 for girls and 18 for the boys (an exception should be made for severe congenital problems where the operation should be done earlier).

Will there be some swelling on the face area?

No, after this specific operation there is no swelling.

After how much time is the functional result visible?

The very next day, after the painless removal of the inner pack the patient can normally breathe again. The functional result is permanent.

When could the patient leave the clinic?

The same night and in very rare occasions the day after.

Which is the surgeon’s supervision after the surgery?

The day after the surgery, with the surgeon’s presence the inner pack should be extracted.

What should I do after the surgery?

The only thing that a patient should do is to follow some simple instruction for cleaning the internal of the nose with natural saline and use smoothing ointments for about 3-4 weeks.