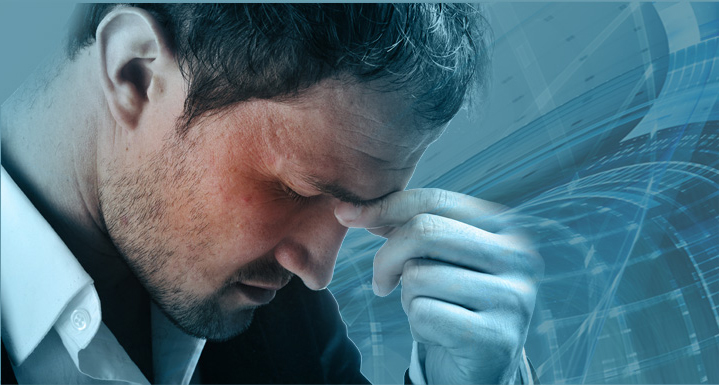 Chronic sinusitis (sinusitis, sfinoeiditis, ithmoeiditis, frontal sinusitis) caused by inflammation of the lining of the sinuses and nose that lasts more than three (3) months.

Chronic sinusitis is multifactorial disease. That means that many different causes can cause inflammation of the mucosa of the paranasal sinuses.

In endoscopic control can be seen in the nose of the patient, the presence of polyps and secretions.

Depending on the extent and severity of the harm of the mucosa of the nose and paranasal sinuses affected, three types of surgeries can be applied.

The improvement of the patient's symptoms will occur progressively.

Within a period of one month, the patient's breathing will be improved significantly, secretions will decrease, as also headaches will improve.

Many times it could be performed septoplasty (nasal septum straightening) and cauterisation of the nasal conchas, while in order to face breathing problems while sleeping and snoring it can be combined adenoidectomy, tonsillectomy, or Uvulo-Palato-Pharyngoplasty (UPPP) or simple Uvuloplasty

What are the Paranasal sinuses?

The Paranasal sinuses are little gulfs (spaces) concluding air in the face area. Each one has two (2) maxillary sinuses (antrums), two (2) frontal sinuses, two (2) sphenoidal sinuses and a number of sinuses called ethmoidal sinuses or cells

When could we safely say that someone suffers from Chronic Paranasal Sinusitis?

When someone is complaining having the following symptoms for more than 12 weeks, it is very likely that he is suffering from Chronic Paranasal Sinusitis

In order to safely say that someone suffers from Chronic Paranasal Sinusitis he should be complaining for at least two (2) of the these symptoms. Furthermore one out of the two symptoms should be for sure either nose blocking or rhinorrhea.

Simultaneously, signs of Chronic Paranasal Sinusitis should be found during endoscopic examination of the nose or in CT scanning.

What could cause Chronic Paranasal Sinusitis?

Chronic Paranasal Sinusitis could be caused by a variety of factors, meaning that a lot of different reasons could be responsible for it. The most significant of them are the following:

What are we trying to succeed with the recommended treatment to a patient suffering from Chronic Paranasal Sinusitis?

The aim of the treatment is:

Is the treatment of Chronic Paranasal Sinusitis conservative or surgical?

The treatment of Chronic Paranasal Sinusitis is at first place conservative, consisted in proper medication either locally on the area of the nose or taken from the mouth, or even in very rare occasions by intravenous treatment.

When is surgical operation suggested to a patient?

If a patient in a regular basis doesn’t respond to conservative treatment then the operation could help him to cure or better control his disease.

What do we try to succeed with the operation?

To broaden the opening of the Paranasal Sinuses so as:

Which way do we follow so we can reach the paranasal sinuses during the operation?

During the past decade, with the help of endoscopes and other advanced technological equipment, the intervention is succeeded through the nose (intranasaly).

Finally, is the Chronic Paranasal Sinusitis being cured permanently after the operation?

As mentioned before in some cases the Chronic Paranasal Sinusitis can be cured with the surgical operation. In most of the cases with the operation we try to create those anatomical conditions in the paranasal Sinuses, so the local treatment provided to the patient before the surgery, can have multiple positive effects when given after the operation.

Practically speaking, this means that the same treatment that could help a patient before, it will act more effectively after the operation, meaning nose blockage, rhinorrhea, the sense of pressure in between the eyes and in front of the sinuses will be significantly reduced.

I have been suffering from Chronic Paranasal Sinusitis, which cannot be effectively controlled by the medication prescripted, and as a result I have been in big trouble for a very long time. But I am afraid to have a surgery. What would you suggest me to do?

The paranasal sinuses have a very close anatomical relationship with the eye and the brain. For this reason, it is sometimes imperative to use while performing an endoscopic operation a navigating system (navigator), which shows, with the slightest possibility of a mistake, how close we get to the brain or the eye. For that reason, we can nowadays say that in cases where the previous years we would be very reluctant to move to an operation like that, today we can safely do it. The navigating system (navigator) is not required in all the cases.

If I suffer from Chronic Paranasal Sinusitis and finally get operated without following the doctor’s instructions, meaning I don’t apply the treatment proposed, what will happen to me?

If the doctor suggests local therapy by the use of sprays or nose washing or for a short period of time some oral medication, if you ignore him then after a period of time, the excretions of the nose will increase, nose blocking will come back (swelling of the inner nose, polyps) plus the sense of pressure on the face and on the eye area will appear again.