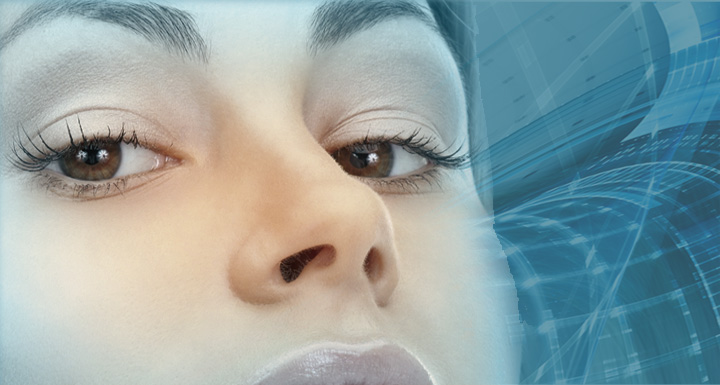 Revision or secondary rhinoplasty corrects deformities caused by a previous operation on the nose.

The failure of rhinoplasty can mean bad result in the appearance and ⁄ or function. In such a case it may require the patient to undergo a secondary rhinoplasty (Revision Rhinoplasty).

When the aesthetic result is far from what was originally designed, then the operation is unsuccessful.

We consider also as failed the operation that harms the natural mobility of the face which is distinctive caracteristic of humans especially in their social life, such as laughter, frustration, weeping or smiling.

Sometimes it is so obvious that a surgery preceded in the area that it has to be corrected.

Also, clearly it should be noted that if after rhinoplasty, respiratory function is not normal, the revision is considered necessary and the initial surgery as particularly failed.

The general objectives of revision are the same as the initial operation but many times there are restrictions due to heavy burden from the first surgery. So while the discussion between surgeon and patient is obvious that plays a very important role in every rhinoplasty, in case ofrevision this role is even more important, because there are chances that the outcome desired by the patient is no longer possible due to the new situation in which the nasal backbone is.

The surgeon of the secondary rhinoplasty, unfortunately, sometimes regrets to set the bar lower and should clearly inform the patient about it.

Wanting to give an overview of the possible problems and possible interventions we will distinguish some categories:

At rhinoplasty revision we can have from very few up too many stages, for this reason the duration can vary so much.

Below we relate many different possible stages. Each patient is unique and the appropriate combinations are selected depending the case

Usually general and in some cases local anesthesia

The duration of the operation depends on the kind of problem. It can range from 45 minutes to more than three hours in cases where many cuttings are taken from other areas.

Discharge 6 hours after surgery. In combination with other operations such as Uvulo-Palato-Faryngoplasty the patient leaves the clinic next morning.

If there are functional problems of difficulty in nasal breathing can be combined with straightening of the nasal septum and cauterization of concha and in this case we are talking about a functional revision rhinoplasty.

For treatment of sleep apnea and snoring can be combined with adenoidectomy, tonsillectomy, Uvulo-Palato-Faryngoplasty or excision of the uvula.

No. Exactly as in the first rhinoplasty by using the right surgical technique, pain after the operation is negligible, either we are talking about the first surgery or the revision one. Of course, the same stands for the removal of the inner packing, which using new methods proves to be very slight and the whole extraction painless.

When can a revision-rhinoplasty can take place after a failed first operation?

After about 9 months when the healing process of the first surgery is completed .

Does the sex really play a role in this?

Certainly.Exactly as in the first operation the aim is the same. The right operation makes women look more feminine and men more serious and attractive.

For how long does the swelling stay on the face?

If the intervention is very small there may not be hardly any swelling and / or bruising. If a bigger correction is needed, then as in the initial surgery swelling and little bruises are nowadays traced only in the area of the nose, they usually are very slight and within two weeks time they vanish.

After how much time are the final results of the revision obvious?

If the intervention is small – for exemple a small imperfection in the back of the nose (hump) - then the result is immediately apparent (the removal of the splint), almost in its entirety.

If the correction is bigger, thenas in the case of the initial intervention:after removing the splint, the difference in the shape of the nose is clearly visible, within about a week. In about a week’s time the swelling is rapidly being reduced having already 80% of the final results and in about 3 months we have the final look of the nose. After a year’s time the nose is strong, durable and the result final.

After how much time could be the functional result after the revision considered as final?

The next day of the surgery and after removing the inner pack without any pain the patient can normally breathe again. The result in the function of the nose is permanent.

When is the patient ready to leave the clinic?

The very same night, very rarely the morning after.

What kind of supervision does the surgeon retain after the surgery?

After the revision surgery, with the presence of the surgeon the inner pack, if there is any, should be extracted the next day, as also the removal of the external splint within a week.In case there isn’t any splint placed, we place some special stickers-steristrip- on the back of the nose which we remove usually in 5-7 days.